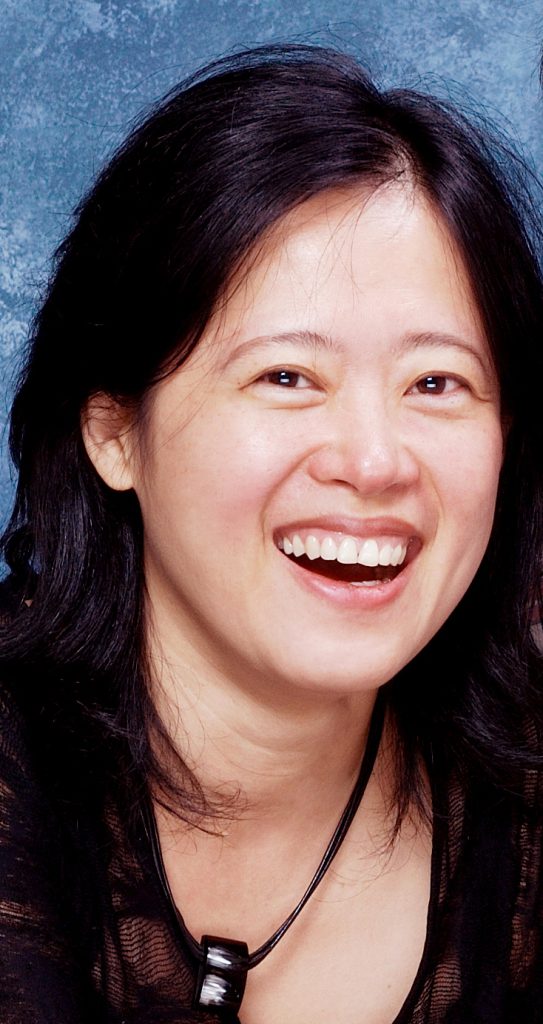 She was born in Taipei City, graduated from the University of Music and Performing Arts in Vienna, studying organ performance and organ music education, piano and harpsichord music education. All degrees and graduation examinations received first prizes, and she received the highest diploma in Austrian organ performance and music education-and obtained a dual-art master’s degree with two professional music analysis master thesis; in 1999, she was awarded the highest music art achievement award by the Austrian Ministry of Education. She has done research in the Doctor studies of the Musicology Department at the University of Vienna.

After graduating, she stayed at University of Music and Performing Arts Vienna to teach. She teaches the Baroque Basso continuo performance in the keyboard instrument performance department, and served as a piano and harpsichord accompaniment teacher in the music education department. She used to be a resident pipe organist at the Haydn and Johann Nepomuk churches in Vienna, and currently works at the Klosterneuburg State Music School in Lower Austria. She teaches organ and piano, music theory and piano accompaniment and concurrently serves as a Music teacher in high school in Vienna.

In addition to solo and chamber music works, her repertoire also includes cantata, opera, oratorio, mass, requiem and works composed of Basso continuo from Baroque, classical, and romantic music to the modern period. She is also a well-known Basso continuo player. She often makes debuts for modern composers’ works and is invited to cooperate with different orchestras, choirs and chamber musicians. She was a member of the Baroque Chamber Orchestra “Pandolfis Consort Wien” and of the trio „Trio Diventimento“ with flute, bassoon and piano.

She is often invited to work as a professor or accompaniment in different lectures, summer camps or master classes in Europe or Taiwan: Organ accompaniment in the “Internationale Sommerakademie Prag-Wien-Budapest” master class in Semmering, Austria in 2005, Lecturer of Baroque music lectures in Taichung in Summer 2006. Harpsichord accompaniment “Tagen der alten Musik Poellau” at the Camp for Early music in Poellau, Austria in 2009, Piano accompaniment in the „Flute-Master class with Prof. Raphael Leone“ in the University of Music in Genk, Belgium in 2011. Every year since 2012 she has served as piano accompaniment at the music festival “Allegro Vivo”. Since 2015, she has served as organ and piano lecture in the master class “Sommerakademie Lilienfeld” at Lilienfeld Abbey Summer Camp in Lower Austria.

Her musical interpretation is based on very solid theories and musical styles. She is good at the analysis of motives and harmony in her works, and pays special attention to the original appearance of the style of the music era. Her attitude towards music research always considers the background of the composer`s era