Think of all the inventions over the past century that have revolutionized the way we live: How many can you name? For most of us, life without computers, smart phones or the internet is barely imaginable. Even a world without modern transportation or the comforts of a modern house is so long gone that it’s basically intangible. In many instances, new and complex things have been created through the fusion and adaptation of existing items and technologies. Smart phones are one example of the intersection of earlier technologies and manufacturing processes with new ideas and emerging technologies. The result has been monumentally innovative, changing the course of communication and social interaction.
Though we don’t often think about it, musical instruments have also undergone numerous innovations over the centuries, sometimes incremental, other times radical. The latter was the case with the organ throughout the nineteenth century. Though many people were involved in that transformation, it was one Frenchman in particular who consolidated previous organ building achievements with the innovations of his time to develop an instrument unlike any organ that had been heard before. So extraordinary were his achievements that they cannot easily be summarized here. To truly understand the importance of this person’s contributions to the art of the organ, we would need to visit several of his surviving instruments around the world, particularly throughout France. Before we do that, though, we need to travel back even further in time to visit French organs from the seventeenth and eighteenth centuries. The sounds of those organs inspired our nineteenth-century genius, so we first need to learn a little about them. Since we are exploring two different eras of French organ building, I have decided to divide this article into two parts: first we will look at those older organs, and then in the next article turn our attention to the work of the nineteenth-century master, Aristide Cavaille-Coll.
By the time Napoleon reached the apex of his powers, just prior to his invasion of Russia in 1812, France had already survived some two decades of drastic social and political upheaval. Napoleon himself had reengineered the traditional structure of French society and had schemed to balloon the country’s size and influence through various political alliances. Yet amidst all this turmoil, music and the arts continued to thrive, thanks in part to Napoleon’s patronage, but also to the enduring human desire for beauty. In fact, the Emperor was a great admirer of Italian opera, frequently attending performances, and he was also a lover of raucous fanfare and military pageantry. Given this aspect of his character, perhaps it is not much of a stretch to imagine that Napoleon appreciated the organ, if not for its religious function in French churches, at least for the sheer grandeur of its sound. Whatever the reason, organ builders remained active during his turbulent reign in the first quarter of the century.
Into this world of political and social uncertainty was born the boy who would greatly alter the course of French organ building and the tastes of organists and their audiences the world around. Up to 1898, the year before his death, Aristide Cavaille-Coll remained one of the most influential geniuses the organ building world has ever produced. On February 4, 1811, Aristide was born into a family of organ builders. In fact, his father’s instruments were well known in the Languedoc region of southern France, and Aristide actually learned the trade of organ building from his brother. By the age of 22, he moved to Paris for studies, and very shortly after his arrival won the competition to rebuild the organ at St. Denis, the famed church of French kings in generations past. To meet this challenge, his father’s organ building firm relocated to Paris to begin the work. And so Aristide’s career swiftly soared across France and eventually the world.
Today, Cavaille-Coll’s first major achievement, the rebuilding of that organ at the Basilica of St. Denis, just outside Paris, is typically cited as the initial manifestation of his brilliance as well as a harbinger of his magisterial influence on the developing tastes of builders, performers and listeners alike. Before exploring the innovations found at St. Denis and in subsequent organs, however, we need to survey the state of French organ building at the turn of the nineteenth century and the tradition that led to that point, since Cavaille-Coll’s organ for St. Denis drew inspiration from certain aspects of Classical French organ building while reimagining others.
(To be continued.)
Your Friend,
Justin 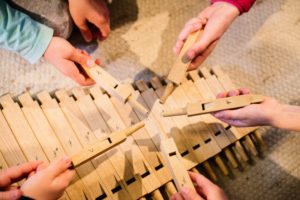